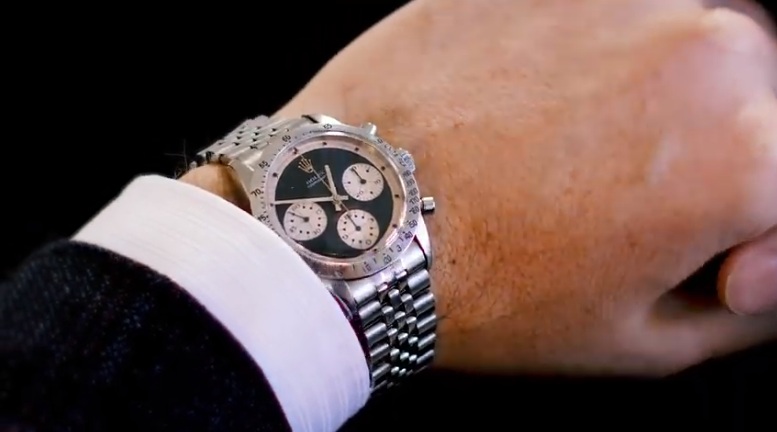 Right now, Hollywood is powering up the already-booming vintage watch market by offering an added layer of appeal to watches. How? It is merely through their historical association with notable characters or actors.

The Fresh Find sale, considered to be a super ambitious online auction to date conducted by Bob’s Watches, will feature four Rolex watches that became iconic after their on-screen appearance. And the show-stopper of this auction is said to be the Rolex Submariner “James Bond” Reference 6538.

Read more : Online Shopping For Seiko Watches in the UK

Yes, Sean Connery wore this same reference in his first James Bond movie. Moreover, the appeal also lies in the fact that – this Submariner version is known to affix the style as an icon in modern watchmaking.

The auction will also feature a Rolex “Paul Newman” Daytona and a Steve McQueen’s preferred Rolex Submariner. Another Rolex watch that escalates the lure of the auction is a GMT-Master, and it is the same edition that appeared in Goldfinger on the wrist of Pussy Galore.

Continue reading to have a look at the four iconic Rolex watches that will head to auction at a Fresh Finds sale on November 16.

So what makes the Submariner Reference 6538 so valuable? Sean Connery wore this model in the first James Bond film in 1962’s Dr. No.

If anyone asks to name a famous movie watch, it would be perhaps the Rolex Submariner Reference 6538. This exact model characterises the entire association of the iconic fictional character Bond and the Submariner.

The 38mm case framed by a red triangle bezel and sizeable winding crown makes the watch instantly recognisable. It is considered to be one of the most coveted vintage Submariners in existence now.

If you are a Rolex fanatic, then you must be aware of the unparallel craze and respect that the Rolex Paul Newman Daytona enjoys. It is one of the watches that perhaps top the wishlist of every collector.

Named after the notable racer and Hollywood actor Paul Newman, this vintage Rolex Daytona watch is scarce in number and highly coveted by collectors. The exotic dial exhibiting an exclusive Art Deco-style font is the centre of attraction.

However, this particular Paul Newman Daytona Reference 6239 is known to be the ever-first Daytona. And interestingly, it is the same version worn by Paul Newman. The story says that Paul Newman’s wife presented him the watch, and he is known to wear it most of the time.

This Rolex Daytona 6239 to be auctioned features an original matte black dial and luminescent hour markers with a warm hue of ageing. The stainless steel case and bezel of the watch show slight wear from use. However, the stainless steel Oyster bracelet with 11 links has moderate stretch.

Overall, the Rolex Reference 6239 epitomises the Daytona lineup that we know today.

Steve McQueen is a well-recognised name in the watch-collecting sphere. This iconic actor of Hollywood has worn many watches in his several films. However, the “King of Cool” is known to prefer wearing the classic stainless steel Rolex Submariner in his personal life.

The Rolex Submariner Reference 5512 has appeared in many films like The Hunter (1980) and The Towering Inferno (1974). Moreover, you will spot the actor strapping his personal Submariner 5512 on the wrist in many of his photos from that era.

However, an original fat-font bezel frames the stainless steel case that shows light wear. The fact that it is Steve McQueen’s own watch-of-choice contributes significantly to this Submariner’s peerless popularity.

Additionally, many people consider this purpose-built sports Reference 5512 as the quintessential vintage Submariner. This watch is undoubtedly a classic in the world of watchmaking.

Another notable Rolex watch that made an appearance in the Bond film ‘Goldfinger’ is the GMT-Master Reference 6542. Just like the Rolex Submariner that Agent 007 wore, this GMT-Master watch is also extremely sought-after today.

This Rolex GMT-Master 6542 is also referred to as ‘Pussy Galore’ because the fictional character of the similar name wore it. However, the watch holds a unique place not only in the history of Rolex but also within the category of pilot watches.

Why You Should Have a Hobby in College

How to Nail Remote Work?

How to choose the best Credit Card online

How To Buy Gifts Without Breaking Your Budget