Follow my blog with Bloglovin Cat care for beginners: How you can train your cat - Help4Flash
Monday, June 27, 2022 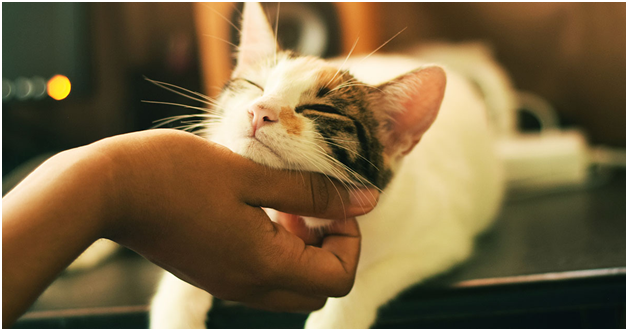 People typically think of dogs when it comes to training pets. They don’t think a cat can be trained in the same way the usually more approachable dog can. But this simply isn’t true!

With the right motivation, cats can also be trained in a number of good behaviours. Cats are generally less responsive, and this can make them harder to train than dogs, but finding the right motivation can help you train them to become amazing feline companions.

Cats, unlike dogs, like their own space, and generally do things on their own time. This is why owners should always be very patient and motivated with their cats, offering rewards in the form of affection, playtime and treats. Do not overwhelm your cat with too many commands or tricks as they might easily become confused and not want to take further part in the training session.

So, along with the other characteristics of giving your feline friend a great life (great food, a warm home, love and top quality cat insurance), here are some ways to train any naughty behaviours away before they potentially become a problem!

It’s a good thing for cat owners to think about

Cat owners often overlook training as something that’s important to their companionship. They may like their cat to learn a few good behaviours, but they often don’t go much further than toilet training them. This is fine, as litter training is a priority for all cat owners, and you certainly don’t want them to make a habit of using your floor or clothes as a bathroom!

Litter training isn’t typically too difficult: you just need to start as early as possible and provide them with the space to learn. Cats are clean creatures, so litter training is generally pretty straightforward.

The fastest way to train a cat to use their litter box is by placing them in a small room for a few hours with the litter box, plenty of water and food. Leave them in the room and check up on them every hour or so. If they use the toilet outside of the litter box, pick up the waste and put it in the litter box – this shows them where they should go. They should then instinctively start to use the litterbox.

If you are worried about your cat’s behaviour, don’t worry, it can possibly be trained away. Many behavioural problems are often just acceptable responses to your cat’s surroundings. For example, cats often claw at a furniture: this is just them responding to their natural scratching instinct. This can be trained away by using something like a scratching post and providing them with positive reinforcement once they use it.

If you are negative or scold your cat for doing the wrong thing then they might not learn as well. They may even start to perform that bad behaviour more, so it’s best to be patient with your cat. They simply don’t understand why they are being yelled at or, worse, smacked for doing the wrong thing – they believe their behaviour is normal and can’t see any problem with it.

This being said, you can use a loud clap or hissing sound before walking away if the cat is displaying aggressive behaviour. The cat will become startled and want to stop the negative behaviour. The pet will eventually learn to be less aggressive each time you use this method.

Old cats can also learn new, positive behaviours. It’s up to you whether you want to put the time in for them to actually learn them! With patience, reward and the right motivation, you may just see your cat improving their bad behaviours in absolutely no time!

Three Exciting Milestones to Achieve in Your 30s

How do Brow Lift Procedures Useful for Your Face?