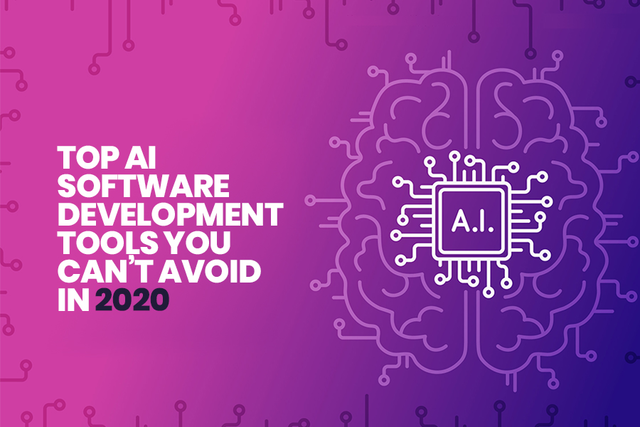 The impact of artificial intelligence on software engineering and tech companies is undeniable, and it’s only growing. There are many organizations that are making use of this revolutionary technology to create out of the box and feature packed web and mobile applications. AI is also being utilized by businesses — whether small or big — to enhance their RoI, improve efficiency, and minimize operational risks.

Have a look at some Stats:

Artificial Intelligence is a cutting-edge technology that is the cornerstone of the automation revolution.

You all must have heard about ALEXA, Google Assistant, Siri, Cogito which uses AI and is seeping their way into our lives.

AI is the simulation of human intelligence processes by machines which is also known by the name Machine Intelligence (MI) sometimes. Almost all businesses today employ some type of AI, some more complicated than others. AI can be categorized as Weak AI and Strong AI. Weak AI is a system designed and trained for a particular task like Voice-activated Assistant but the only drawback in weak AI is that it can’t work without human interaction.

On the other hand, strong AI is the AI system with generalized human cognitive abilities. It means that it can solve tasks and find solutions without any human intervention.

For example, a self-driving car is an example of a strong AI that uses a combination of Computer Vision, Image Recognition, and deep learning to pilot the car in a given lane and avoid unexpected obstacles like pedestrians.

Many technologies incorporate AI including automation, machine learning, machine vision, natural language processing, and robotics. But in the near future, there is an increased chance of AI replacing humans. The biggest reply to this is the evolution of the RPA acronym as Robotic Process Automation.

In this blog post, we will talk about various tools that help AI app development companies to create a feature-packed AI based solutions.

These comprise some advanced features such as text and face recognition, image tagging, barcode scanning, and many more. Mobile app development company can also create their own TensorFlow Lite models in cases where the integrated APIs may not be compatible with the use case.

If you work in the domain of artificial intelligence, you will likely have experimented, discovered, or implemented some kind of deep learning calculations. One of the most amazing things about Tensorflow is that while creating a program in the Python programming language, you can easily keep running and organize the CPU or GPU. Hence, there is no need to create a CUDA or C ++ level to continue working on GPUs.

In addition, it uses a multi-layered center layout that allows you to quickly train, create, and send fake systems with large data sets. This is what allows Google to recognize questions in photos or comprehend words expressed orally in the voice recognition application.

This allows you to exchange the time of memory computation by “forgetting backdrop”, which can be quite useful for repeating a plethora of networks in very long sequences. Being built with scalability in mind (pretty easy to use support for the training with multiple machines and multiple GPUs).

There are many interesting features, like easily writing custom layers in high-level programming languages. Unlike all other key frameworks, they are not directly subordinate to any crucial firm, which is a healthy status of an open source framework created by any community.

TVM compatibility, which will enhance compatibility with the mobile application and allow it to work on a large number of new device types.

It is a knowledge-based artificial intelligence platform, which was created by Infosys in the year 2017 in order to collect organizational data from individuals, processes and legacy systems in the self-learning knowledge base.

It is designed by developers to tackle challenging tasks of the business, like forecasting products and revenue that need to create and comprehend customer behavior and much more. This tool also allows firms all across the globe to easily manage customer inquiries, using a secure cash order process knowing the risks presented in real-time.

This is a machine learning framework that integrates image processing libraries and C# language. It is carefully designed for mobile app developers to create applications such as computer vision, pattern recognition, listening to a computer (or listening to the machines), and signal processing for various commercial use.

It is divided into multiple libraries for the end-users to choose from. It includes signal processing, scientific computing, images, and support libraries, with a plethora of features such as real-time face detection, natural learning algorithms, and many more.

H2O is one of the leading open-source software tools integrated with an artificial intelligence platform for developers and companies alike. Designed by H2O.ai and written in various programming languages like Python, ​​Java, and R, this platform is designed in languages ​​that developers are familiar with in order to facilitate the mobile application of predictive analysis and machine learning.

In addition to this, H2O can be used to analyze data sets in various cloud file systems & Apache Hadoop. It is also available on macOS, Linux, and Microsoft Windows operating systems.

The advent of Continuous Delivery and DevOps has led businesses to explore real-time assessment throughout the several stages of the software delivery cycle. We have reached a stage where CIOs are proactively looking for ways where AI can help them achieve their digital transformation goals.

The combined powers of AI and ML have reached the zenith, and so do the organizations have abundant reasons for summing them as the perfect tools. Applying the techniques of Artificial Intelligence is becoming a reality, and it is no longer a new concept.

Down the line, AI, combined with ML, has become a part of the day-to-day engineering process. Speaking of which, is it just the start of the era where machines will replace humans? How will AI transform Functional Test Automation? Let’s get started to each of these queries one by one:

With every passing day, QA Engineers go through a surplus of difficulties and waste a lot of time finding a proper solution. Also, on making any new additions, the existing code might stop working even after being tested.

It can be explained as, “if a new function gets added in the code, the previously created auto-test will be completed successfully. This auto-test has not got any concerns even if the newly added function does not respond.” For such situations, only manual research can detect these changes.

While SDLC is getting more complicated day-by-day and delivery periods are decreasing, testers need to convey evaluations and feedback instantly to the development teams. Given the faster pace of product launches and new software, the only available option is to test smarter.

The releases which used to occur once in a month now come to every week and updates are listed almost every day. Thus, making it evident that the key to simplifying software testing and making it more efficient/smarter is AI.

The team of testers can change the traditional method of manual testing models by including machines that can accurately imitate human behavior. They can then steadily proceed forward towards a precision-based and an automated continuous testing process.

The AI-powered continuous testing platforms can identify changed controls way more efficiently than a human, maintaining constant updates to its algorithms. They are capable of observing even the slightest of changes.

When talking about automation testing, Artificial Intelligence is widely used in object application categorization for all kinds of user interfaces. Herein, all the recognized controls are classified when testers can pre-train controls after creating tools that are generally seen in out of the box setups. After observing the hierarchy of controls, these testers create a technical guideline in a way that AI is seeing the GUI (Graphical User Interface) obtain labels for various commands.

One needs to access excess test data, as testing is all about the authentication of results. Intriguingly, an AI program launched by Google DeepMind employs sincere learning support to play video games by itself. Thus, bringing in a lot of test data.

Under the line, AI observes users implementing exploratory testing within the testing site. This testing utilizes the human brain to identify and assess the applications which are being tested. This, in turn, will lead patrons to automate test cases and bring business users into testing sufficiently.

Risk preference is monitored, assigned, and categorized when assessing a user’s behavior. This data helps in removing different anomalies and evaluating automated testing. Specific analytics tools as heat maps will assist in determining obstacles in the process and help you in deciding the tests that can be conducted. Testers can focus more on making data-driven decisions and connections by automating redundant manual tests and test cases.

When you hire developers, you can make sure that he or she knows some of these tools so that you can have the best AI-based software solutions available. There are various top software development companies that use this type of tool to make feature-packed and advanced software solutions.

So, what are you waiting for? Just have your own software applications using an AI-based tool.

Difference Between Angular vs. React vs. Vue