Follow my blog with Bloglovin Water Purification And Its Benefits - Help4Flash 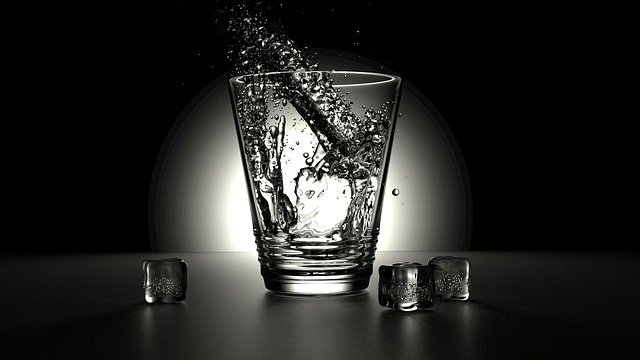 Water, as we all know, is something which is priceless for not only humans but all the living organisms on earth. We cannot afford to exploit it relentlessly because water is limited on earth while the human population is growing day by day. Also, most of the water on earth is in oceans, which are not fit for drinking. That leaves us with only four percent of the overall water available in the form of fresh sweet water, which is fit to drink. The sources for those are our rivers, ponds, lakes, polar and mountain ice caps, and last but not least, the groundwater. We, humans, have overused these resources and now need to conserve and utilize them wisely. Also, due to pollution, we have degraded the quality of water, which can only be improved by water purification and filtration methods.

How Do Water Purifiers Work?

A water purifier can work on multiple principles. In the initial days, water was filtered using a cotton cloth to keep suspended particles. Later charcoal or coal was used to pass water through it to absorb all the unwanted particles. To kill germs, the old school way of boiling water was mostly used. But now we have many advanced technologies used, and all of them are put together in a single unit that we call a water purifier. The unit can separate suspended particles, remove unwanted chemicals and toxins, and kill all the water’s pathogens. They also smartly retain those minerals which are needed for the human body in the water.

The Science Behind Water Purification

Since now we are aware of the whole concept behind the water purifier, let’s understand the technologies behind modern-day water purifiers. Water purifiers work on the principle of Reverse Osmosis or RO. In this method, water is pushed towards a semi-permeable membrane with tremendous pressure, and that leaves all the impurities on one side while, on the other, we have pure drinking water. Nowadays, we have UV technology accompanied as well. Here water is exposed to low-frequency ultraviolet rays, and it kills all the germs, bacteria, and viruses in the water. But these are not the only challenges that a water purifier has to face. The next big challenge is not about impure water but about the chemical composition of water, which makes it unfit for many industrial and household uses. It is called the hardness of water; let’s discuss in detail about these issues.

To begin with, the hardness of water is nothing but the presence of some minerals like iron, calcium, and magnesium in an amount that is more than expected. When they are in the exact amount as needed, they make the perfect water recipe as the human body needs those minerals. But when they are in abundance, they impact the soluble property of water. More of these minerals do not allow water to dissolve any other substance and change the taste of water to more bitter or salty at times. So what we do to fix the problem, we have scientific methods and agents which can do the job for us. These are called a water softener. These softeners are used based on scientific methods to make the water soft again.

Some of the used methods are the Ion-exchange method, where we are using resins as a water softener agent. Since membranes were unable to separate particles that are already dissolved, we developed this method. Here water particles are charged, and some charged particles are introduced in water with the opposite charge. This causes the ions of the dissolved particles in the water molecule to get attracted to these oppositely charged particles. Thus waste gets attached to them and creates bigger suspended particles that can be easily removed through normal filtration.

The other method is by the precipitative softening method using EDTA or Ethylenediaminetetraacetic acid. Tetrasodium is also used for this method. These are also called chelating agents. The most common among them is Lime. Your RO water purifier uses one of these methods to make hard water soft. Other than RO, which is so widely used, we have some more methods which are less common and are implemented in industrial-scale water purification systems only. Some of the mentionable names are Desalination, Distillation, Chemical Oxidation, and Carbon absorption.

So, in the end, we can say that water purification is a complex process, and now it is possible through water purifiers, which are either at our home, office, or industrial scale. They are very crucial in our life, and without them, we cannot afford to have safe and healthy drinking water. Water purification also saves water and encourages the recycling of water as water once used is no more discarded and is treated or purified to use again for multiple purposes.

Everything You Need to Know about UHT Milk

Can you find the reasons for the abnormal hair loss treatment?

A Beautiful Need for Every Home: Ottoman Storage Boxes

How Search Engines Work & How They Rank The Websites

Why you should take a medical prescription from a doctor before ordering from online pharmacy?